Love in the time of Austerity

Even before being desperately poor since the market's crashing to a 5-year low, I have been taking personal austerity measures for a couple of months now.


Not much fun to do (or to read i'd imagine... or is it MORE fun to read? ;) ), but essential for my mental and financial health.

I do have 1 indulgence: my pilates class which i utilise to the max by making sure i dont cancel for a fee, i make sure i do all the exercises in the correct form and push myself to the max, and i continue to exercise outside class (i've started jogging again! 30min for 5.5km, not too shabby). The results thus far - a lifted butt (YAY!), trimmer waist and better posture. YAY!!!

I havent saved that much to tell the truth (since i never did used to be a big spender, except on food and drinks, haha), and more than half of what i did save went to the kids.

Good breakfast, Snack after class, Art supplies, School related and required stuff, Clothes and shoes - they grow so fast, Stickers with their names for school supplies, Small pocket money to teach them to budget/ count/ get change and save, Trick and Treats and Kiddie rides within reasonable limits, etc etc

But the pleasure and satisfaction when spending on them is priceless.

And i guess E derives his pleasure when spending on me too. :)

Labels: to Invest, to Love

Dropped by Parkway Parade over the weekend to check out some shelves at Howard's and lunch.

We were looking for the food court at level B1 and were lucky to passed by a couple of new eateries- a Japanese mini-mart who sold fresh produce and food (which you can eat in the mini-mart), a Brazilian butchery with a bistro, and a bakery.

Needless to say, carnivore that I am, I chose the butchery and we ate at Fabianne's Bistro.

The menu was tempting, offering lots of meat dishes and wagyu beef (from Australia), grass fed beef, aged beef (where a carcass was left to "decompose" slightly in a controlled environment to enhance its flavor and texture, instead of cooking from freshly butchered cows). was that too much information? oops. Pasta, Salad and Soup AND a wine list.

I decided to be wallet conscious and only chose a "normal" steak, E chose the sausage platter of which came with one each of bratwurst, oxford and linguica served with sauerkraut, prawn pasta for the kids (they were very nice to have offered and cooked the dish without chilli) and a ceasar salad to share.

My steak (for the life of me, I cant remember the cut, not tenderloin, not sirloin but something cheaper and fatter) done medium rare (is there any other way?) was tender and satisfying charred on bits of fat. The sausages were interesting, but the sour veg was great! Pasta was good too.

The portions were very generous and the whole meal (with a lemon soda for me and beer for E) came up to about $68.00 (10% off with Citibank Cards).

Cant wait to go back there to try their other stuff, i spied Crackling skin pork belly, Bahian spicy crab soup, and wagyu beef.

Other meat places that E and I want to try: 10 at Claymore at Pan Pacific Orchard Hotel (formerly known as Negara Hotel) and Prime Society at Dempsey.

The next book i picked up featured an experimental gay relationship and 2 deaths- one by fire and one by brain hemorrhage.

Both stories tempered with acceptance and moving on. 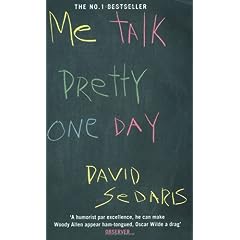 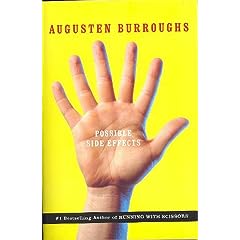 2 recent books that i picked up featured gay authors who had way too much drugs in their misguided youth. Funny but sad. I meant the books.


Then i caught an unintended performance of a song that had haunted me on a Taiwanese game show. It drove me to tears in broad day light, during a GAME SHOW.

for a change of pace, i picked up everyman but it started with a funeral and ended with a death.

My mantra on the road recently has been:

It is TRUE, but still.